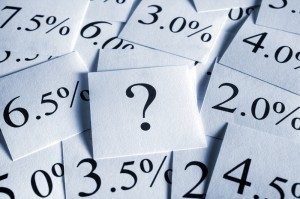 The IRS recently issued (9/19) final regulations for hybrid plans – cash balance plans for purposes of our discussion – the primary focus of which is the “market rate of return” requirement for crediting interest.

Remember, a cash balance plan is a type of defined benefit pension plan that looks like a defined contribution plan because the benefit is expressed as an account balance. It is a defined benefit plan because the contribution rate is fixed and guaranteed by the plan, typically a percentage of pay, with some methodology for guaranteeing an “interest credit” also defined in the plan – so the employer bears the investment risk.

Historically, most plans provided either a fixed rate of interest or annually changing rate based on some Treasury-related benchmark. However, unless the rate was a “safe harbor” as specified in IRS Notice 96-8 (Treasury-based), the plan was faced with complicated calculations to determine the lump sum value of accrued benefits (monthly benefits payable at retirement age). This was referred to as “whipsaw”, and often resulted in a required lump sum greater than the cash balance account; a very confusing and undesirable outcome.

The Pension Protection Act of 2006 (PPA) delivered us from whipsaw evil by allowing cash balance plans to define and pay the lump sum equal to the account balance provided that the interest crediting rate (ICR) defined by the plan was not greater than a “market rate of return”. Included in that provision was the ability to use the actual rate of return (ROR) on plan assets, which makes cash balance plans look even more like defined contribution plans. Although there are still many methods available to credit interest, I will focus on this ROR ICR.

PPA became effective in 2008, allowing the ROR ICR then, but with no further guidance than the language of the Code until proposed regulations were issued in 2010 to give us some comfort on what was allowable – but new plans operating in this space were still navigating the gray until these final regulations gave us certainty.

As a consultant who designs cash balance plans for small businesses, where the owners are concerned with investment risk because shortfalls ultimately come out of their pockets, this validates the cash balance design of the future – at least for the small business owner – one that we have been espousing since 2008.

Why is this so advantageous? Instead of having an ICR based on something you can’t match to investments, your ICR by definition matches your investments – you no longer have to worry that you promised 5% but only earned 2%.

There are some caveats – the plan must “guarantee principal” so that no one can leave with less than the sum of all their contributions due to negative interest and the portfolio must be diversified so as to avoid volatility. Also, as a defined benefit plan, there is a maximum benefit and maximum lump sum that can accumulate, so there is little incentive to take on undue investment risk for large returns.

The IRS has reserved for future consideration the ability to have a participant directed cash balance plan – which would take us back to the future for those who have been around long enough to remember the “Nations Bank” design – but that’s another story.