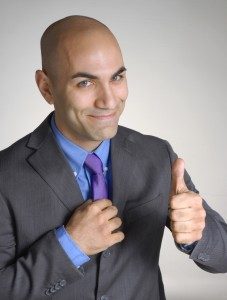 There seems to be a great deal of confusion surrounding the determination of Key Employees and Highly Compensated Employees (HCEs):

When a company contributes to a defined benefit or defined contribution plan for its employees and those contributions are based on the employee’s compensation, the plan sponsor is required to minimize the discrepancy between the benefits received by Highly Compensated Employees (HCEs) and Non-Highly Compensated Employees (NHCEs). If the difference is too great, the company could lose the tax deduction it receives for the contributions to the retirement plan. Certain non-discrimination tests are performed by comparing the plan benefits of the HCEs to those of the NHCEs.  These tests include minimum coverage testing, actual deferral percentage testing (ADP), and actual contribution percentage testing (ACP).

The Key Employee definition is used to determine if the plan is top-heavy.  That is, to ensure that either the total account balance in a defined contribution plan, or total present value of accrued benefit in a defined benefit plan, is not disproportionate  to Key Employees.  So who are those employees we need to be on the watch for?

Highly Compensated Employee is defined as an employee who:

If plan sponsor chooses, a highly compensated employee may also be defined as any employee whose pay is in the top 20% of compensation for that company.

A Key Employee is defined as an employee who at any time during the immediately preceding plan years was:

Since definitions are not the same, there could be situations where an employee is identified as an HCE but not a Key employee and vice versa. However, it is possible to be both, e.g., an individual who was more than 5% owner in the prior plan year will be considered a HCE and a Key Employee for the testing year.

As you can see – it is very important to provide accurate ownership, relationship and annual compensation information in order to identify HCEs and Key Employees correctly and perform nondiscrimination testing to make sure the plan is in compliance with the rules and regulations and does not lose its qualified status.